Bikes and coffee; what do they have in common? Well, nothing really…except for the fact that I love both! Right now I am simultaneously window shopping for a second bike and a new espresso machine for the upcoming mobile unit (be patient, it will come all in due time). Here are my current top 5:

1. KTM SMT. I have never owned a KTM. Admittedly, that is part of the appeal. Life is too short to ride only one brand. Another part of the appeal is 17″ wheels. I’ve owned a few supermoto style machines and love how they handle. The SMT is the road rider’s version of the “Adventure Bike.” I have no intention of riding a big bike off road, but I like the stance and seating position. It is a little rough around the edges, but that has its own appeal. I don’t want too much refinement, nor too much technology. The downside? While not overly expensive, I really don’t want to spend $14k on a bike right now. This is the only new bike I am considering at the moment. 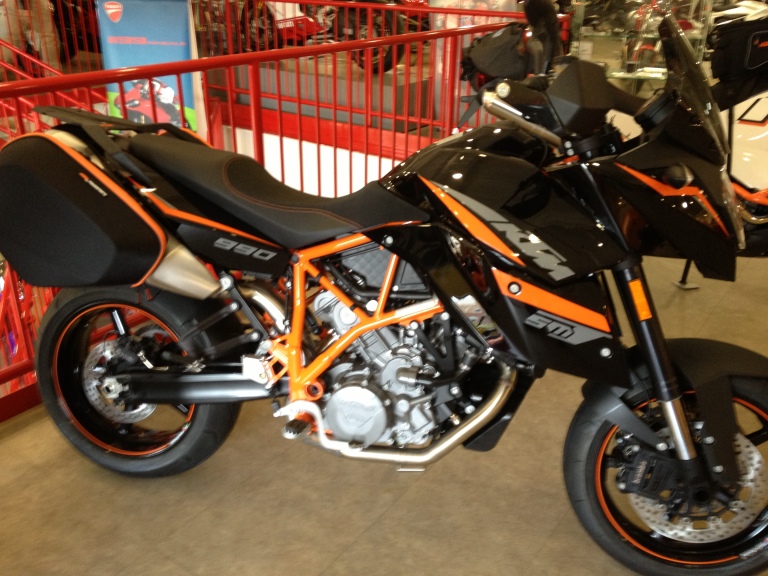 2. BMW R1200R. A practical naked. Sure, I already have a naked bike in the Street Triple, but the Beemer ads some functionality and range that is harder to accomplish on the Triple. Hard bags, multiple windscreen options, plus the many BMW creature comforts like ABS, heated grips, etc. Personally, I have always thought this was a good looking machine. I have owned many Boxer engines and I enjoy the motor. This one doesn’t have 100lbs of plastic and I can reach the ground! No reason I couldn’t tour the country on this bike. 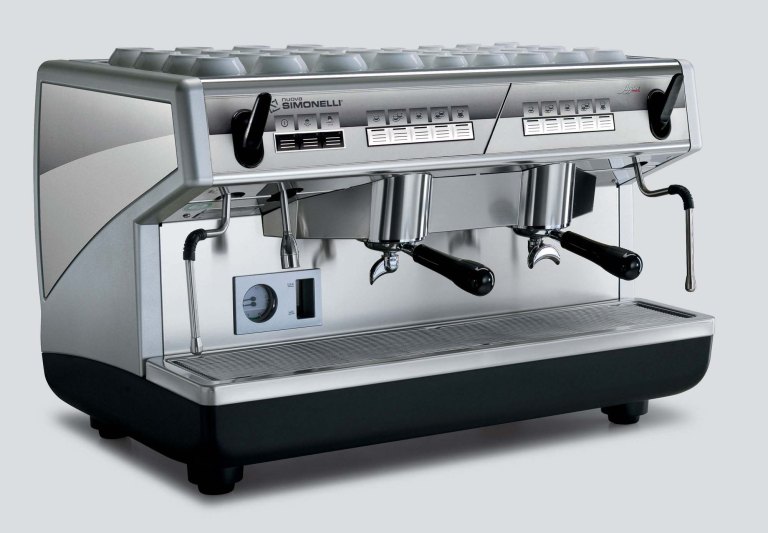 3. Triumph Scrambler: Not really practical, or maybe very practical. I don’t know. A machine that resides in a whole different performance range than the bikes I have owned in the past. I have had bikes with 3 times the HP of the Scrambler. But look at it! Beautiful. It oozes character. And maybe I don’t need so much performance. Maybe I need to slow down. Maybe I need to stop and smell the roses. I’ve lived my whole life in an assembly line environment, constantly timing and pacing every move. Maybe its time to revolt from that lifestyle. What’s the rush?

Speedster: I have no idea what kind of performance the Speedster provides. Who cares? Just look at it! It is all about style. If that machine doesn’t say “Motorhead Coffee,” I don’t know what does.

4. Triumph Tiger 1050. Looked at the Tiger a few times. Owned a Tiger 800. Never rode a 1050. I have done a few miles on the 1050 Triple engine though and I am a fan. Yes, I already own a Triumph Triple. Okay, I admit I like the Hinkley products at the moment. Character, performance, functionality, practicality, simplicity. What’s not to like? And used ones should be priced right.

Nuova Simonelli Aurelia. Considered one of the best. Attractive and powerful.

5. Ducati ST3. This is the bike I have had an illogical lust for for several years now. This is the bike that causes my friend Matt to say, “Give up and buy the damn thing already and get it out of your system!” It may be a bit behind the cutting edge, but it carries itself well. It has nice lines, the Ducati growl and a heart that says, “faster, faster!” Plus, I never met a Ducati motor I didn’t like. 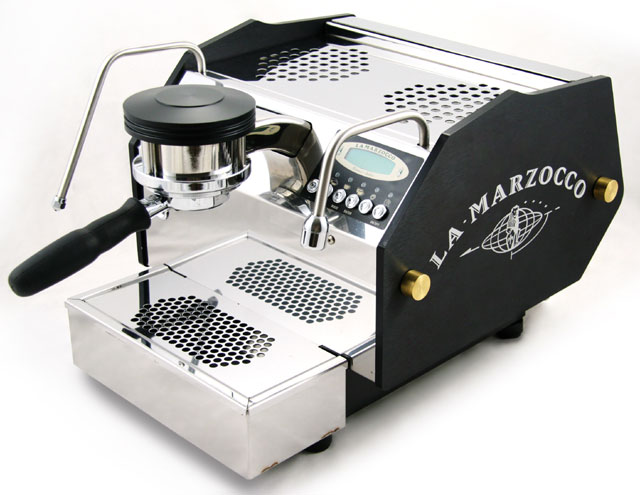 So there you have it. The machines my dreams are filled with. Before long, it will be time to make the dream a reality.