My wife was in an automobile accident and I almost got a black eye. No, I wasn’t in the car. I wasn’t even close. I was working the “day” job Tuesday evening when my cell phone rang. I grabbed it from my pocket, saw it said “Lori” and hit “answer.” I put it to my ear, said, “Hello,” and heard my wife say, “You are going to hate me.” My response? I said, “Wait a minute,” put the phone down next to me and went back to work. Oh, yes I did. Now, you have to understand what I do for a living, besides roasting coffee. I run a 110 employee assembly line for one of the world’s largest manufacturers. I have an insanely busy and stressful job. I have an office but never get to spend any time in it. I spend all night cruising my area, assisting employees to keep things flowing. When my wife called I was right in the middle of helping with a press that was not working. I put the phone down and went back to assisting the press operator. After a minute or so, I picked the phone back up and said, “Ok, why am I going to hate you? What happened?” Lori answered back with a teary, emotional voice, “I totaled the car!” Well, that got my attention! “What? You had a wreck?” Now, I know that somewhere, very early in that conversation I said, “Are you okay?” That’s my story and I’m sticking to it!

I asked her if she had called the authorities. She said, “I don’t know how.” Well, that worried me. How could you not know how to call for help. With a compassionate and patient voice, I said, “911 works everywhere!” Well, I might have sounded a little bit less than patient. I asked for her location, put away the phone and headed out the door to find her. When I got there, she was standing by the car, along with the other person involved in the accident. The good news is that the car was not totaled. The best news is she was just shaken up and maybe a bit bruised.

We got the car towed and arranged for a rental.  When we drove into the rental lot, the only vehicle we saw was a Cube. First words out of my wife’s mouth were, “I’m not driving that thing!”  Thankfully they already had it rented and she ended up in a Civic. We drove back to our condo and as she exited the car, Lori said, “Someone has been smoking in this car!” Now you have to understand, we come from a town where smoking in or even close to a restaurant has been outlawed for years. My wife has zero tolerance for cigarette smoke. Me, I used to smoke. Not only did I smoke Marlboro’s, I smoked cigars. So, truthfully, it doesn’t really bother me. People think I’m a city boy, but the truth is I was raised on a farm where my dad butchered his own cows, we took Canadian fishing trips every year and spent weeks living in cabins without running water. Prissy I’m not.

Next thing I know, I have offered to drive the “smokey” rental and Lori takes me up on the trade. Somewhere in that conversation I called her a “princess.” Oops. Maybe I shouldn’t have said that. Probably shouldn’t have said what followed either. “How did I end up with a prissy wife? You don’t drink coffee, you don’t like to ride motorcycles (and I may have said a few other things!). How did this happen? I married a princess!” I thought she was going to cry. Yes, I know. Even though I love her to death and was only toying with her, I sounded like an ass. And that is the story of how I almost got a black eye from an accident I wasn’t even in. 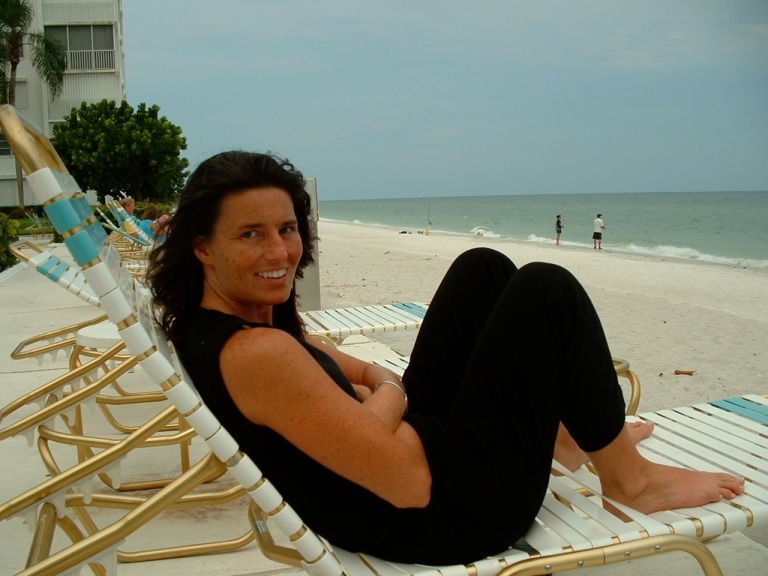